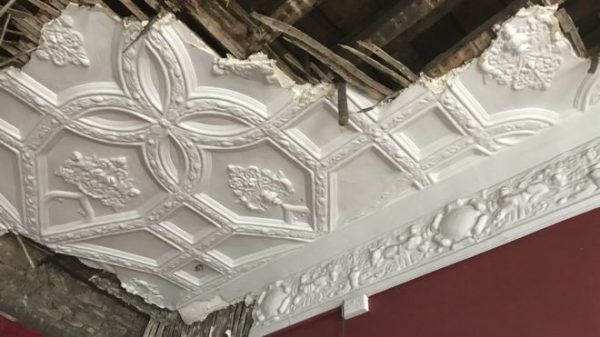 Once again it takes some sort of ‘tragedy’ to make anything happen. In this case it’s the relatively minor ‘tragedy’ (by comparison to the havoc being wreaked by hurricanes in the Caribbean) of the demolition of an important ornate Jacobean ‘pendant’ ceiling at 15 Small Street in Bristol which has made the national news http://www.bbc.co.uk/news/uk-england-bristol-41109143. Dating from the 1620s, the ceiling was demolished by its owner in a successful pre-emptive bid to avoid it being listed by Historic England. The building was the subject of a planning application for sub-division into student flats. Bristol’s Conservation Advisory Panel applied for it to be spot-listed. The building was being assessed but the owner deferred a scheduled site visit by Bristol City Council planning officers and before an inspection could be arranged the ceiling was demolished.

The straightforward ‘legal’ answer is that the building was not listed and the ceiling was the property of the owner so nothing illegal occurred. Buildings are either protected by listing or they are not. The owner most likely took advice on the legal position before acting. 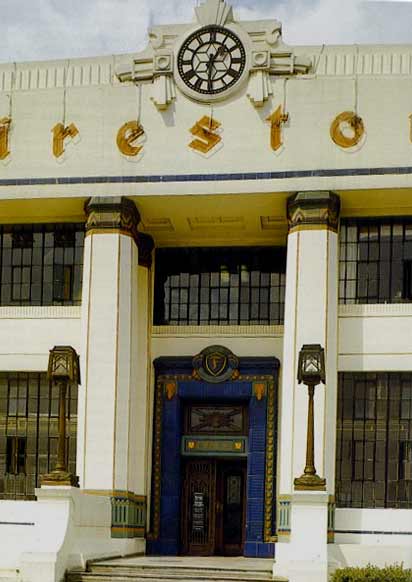 Firestone Factory, London – before demolition in 1980

The Bristol case has echoes of the infamous case of the art deco Firestone Factory in London which was demolished over a bank holiday weekend in 1980 in anticipation of it being listed. Apparently the preservation order was prepared but nobody was available over the bank holiday to sign it. The outcry led to the listing of 150 examples of early modern architecture.

But the case highlights a need to provide interim protection for buildings being considered for potential spot-listing. The non ‘legal’ point of view is that historic assets are held in trust for future generations. A balance needs to be struck. Not least because there would be a disincentive to own and take care of historic buildings if the constraints of listing made them impossible to use.

Similarly mature trees are either protected by a Tree Preservation Order (TPO) or they are not. From time to time I have to advise clients in advance of making a planning application that would impact the roots or canopy of adjacent, sometimes mature, trees that it would be in their interest to fell the trees before a planning application is submitted if they are not the subject of a TPO as otherwise they would become a material consideration in the planning process which could adversely impact the success of what is being proposed. So we are all in this (though a tree can be replaced but a Jacobean ceiling can’t) . We want to maintain the best of what is there but we also want to see progress. Removing the prosecution-free period between an application for a spot-listing and the decision would be a sensible balance between the narrow sanctity of private property ownership and the broader notion of the importance of retaining ‘collective memory’.