What right does an architect have to expect that their buildings will not be demolished during their own lifetime?

This question occurred to me when I learned of the death of Isi Metzstein who was my final year tutor at the Mackintosh School of Architecture during 1979-80. Isi was a partner in Gillespie Kidd and Coia – one of the greatest British post war architectural practices as well as an inspirational teacher. He will be remembered for his buildings, teaching and discourse.

I knew that some of Isi’s buildings have already been lost but I was unaware of the fact that he was responsible for the formation of ‘The Rubble Club’ www.therubbleclub.com – an organisation open to architects who have had buildings destroyed in their lifetime. ‘The Rubble Club’ has three key ground rules: firstly the architect must be alive and not party to its destruction, secondly the building must have been built with the intention of permanence and thirdly it must have been deliberately destroyed. I think there is an unwritten fourth rule which is that the building must have been architecturally ‘important’ in one way or another so that the loss comes as a shock not just to the architect. 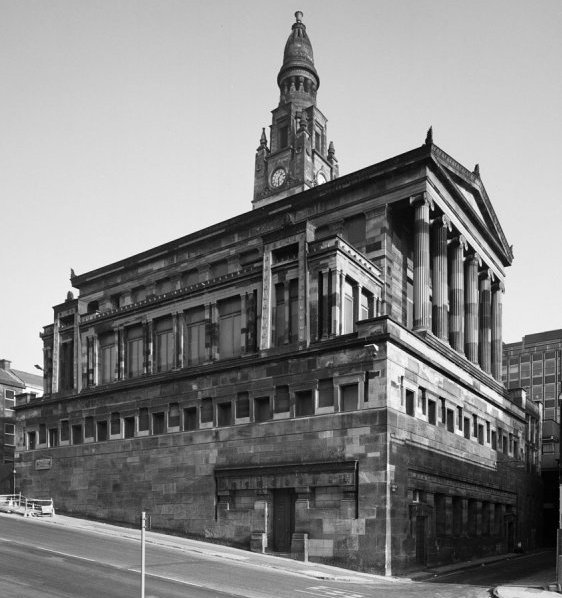 It is all a bit tongue in cheek but it points to the issue of (relative) permanence versus temporariness in architecture. Some buildings are intended to be as good as permanent and others are intended to be temporary. A good example of the permanent variety would be the St Vincent Street United Presbyterian Church in Glasgow (1859) by Alexander ‘Greek’ Thomson – a wonderful ‘set piece’ comprising a temple standing on a massive podium with a tower soaring above. The design was intended to create a link to antiquity and the birth of civilisation and endure into an almost infinite future through the use of a perfect system of proportion, the classical language of architecture and ‘permanent’ materials such as stone and slate. Its monumentality still defines a large part of the centre of the city.

Good examples of the temporary variety would be festival architecture or the annually renewed Serpentine Gallery Pavilions in London of which the 2002 version by Toyo Ito is probably the best example. Other buildings are intended to be permanent but end up being temporary (destroyed by fire, flood, earthquake, terrorist attack, redevelopment, decay, lack of funds, inflexibility etc) – a good example would be the twin towers of the World Trade Centre by Minoru Yamasaki which were lost in shocking circumstances. Some buildings are intended to be temporary but end up being permanent. Good examples of these would be the Eiffel Tower, The London Eye and even the post war ‘prefab’ bungalows which were only intended to last a few years but are in some cases still going strong. 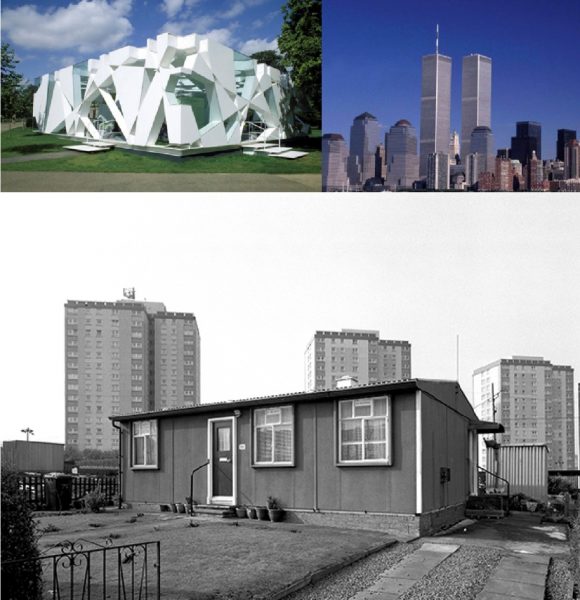 As a society we are nowadays much more inclined towards the temporary and the throw-away despite moves towards sustainability which suggests adaptive re-use. ‘The Rubble Club’ advocates adaptive re-use as a means of saving threatened treasures. A few years ago I was shocked to see my ‘old’ secondary school (Hermitage Academy in Helensburgh) being reduced to rubble. I was one of the first intakes to a brand new set of buildings. Apparently they had become expensive to maintain and heat and did not lend themselves to modern teaching methods. The value of the site for housing helped fund the new Academy.

The answer to my question is probably that apart from a few buildings that acquire an iconic status within society (for example becoming listed buildings), the architect cannot expect that their buildings will not be demolished during their own lifetime. Many clients would be horrified to think that if they commission an architect designed building they could be saddled with it and unable to redevelop their land. Nevertheless the design IDEA remains the property of the architect and one answer may lie in modern technology. Three dimensional computing now allows models of buildings, even ‘lost’ historic buildings, to be created and viewed as they were originally intended. Through three dimensional computing the architectural IDEA can be saved for posterity if not the physical structure which is just its physical embodiment. In theory with sufficient three dimensional records the physical structure could be recreated in a different place at a different time.