I grew up with a bit of ‘socialist realism’ on my bedroom wall for a few years in the form of some giant posters which my sister brought back from a school cruise to the Baltic that included a stop at St Petersburg and an onward visit to Moscow. They were remarkable for their depiction of unfeasibly muscular workers holding spanners like the chorus line from a West End musical with stars and tractors etc in the background. Or at least that’s my memory of them. They hit the bin when my taste in posters changed to rock and roll. I had no idea of the history or meaning of this Russian propaganda art or the Russian avant-garde art that came before it. 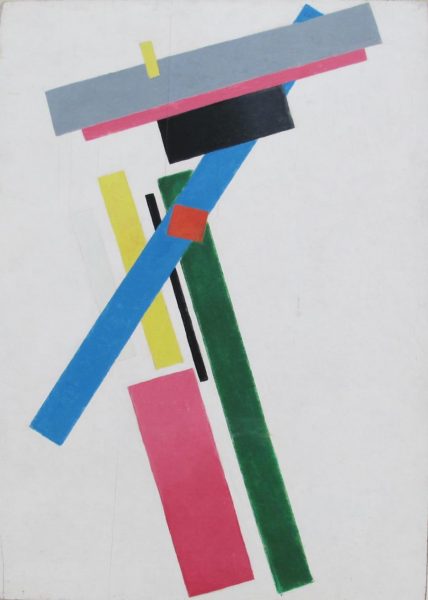 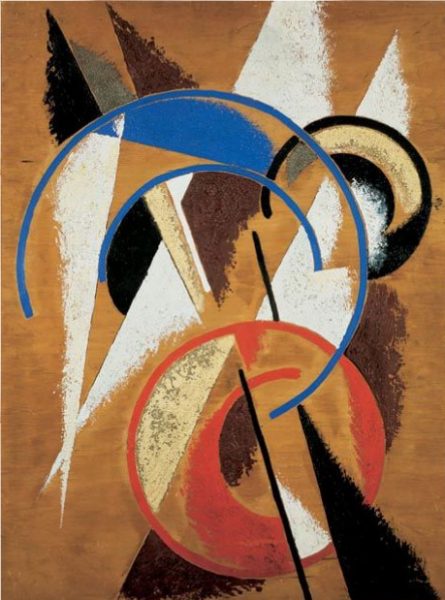 Revolution: Russian Art 1917-1932 at the RA is a fascinating exhibition with a palpable sense of tension and ultimately of doom running through it www.royalacademy.org.uk/exhibition/revolution-russian-art . Well worth a visit.

Why these dates? 1917, the date of the Russian revolution, is obvious enough. Less well known is that 1932 was the date when Joseph Stalin was sufficiently powerful to totally suppress avant-garde art and replace it with a form of art as propaganda known ‘socialist realism’ which glorified communism. This exhibition covers the 15 year period, starting 100 years ago, that started with hope and ended with despair for many and much worse for some.

At first the avant-garde welcomed the opportunities that the revolution promised and during the early period much important work was produced. However by the early 1920’s the restrictions of an increasing repressive state were being felt and most of the artistic community was totally disillusioned with what the revolution had brought.  Throughout the period Russia was in turmoil with the end of World War I, the Civil War 1917-22, ‘War’ communism, the New Economic Policy and the advent of central planning and the first Five-year Plan in 1928.  In 1932 Stalin made the Union of Soviet Artists the sole arbiter and propaganda the sole purpose of artistic endeavour. 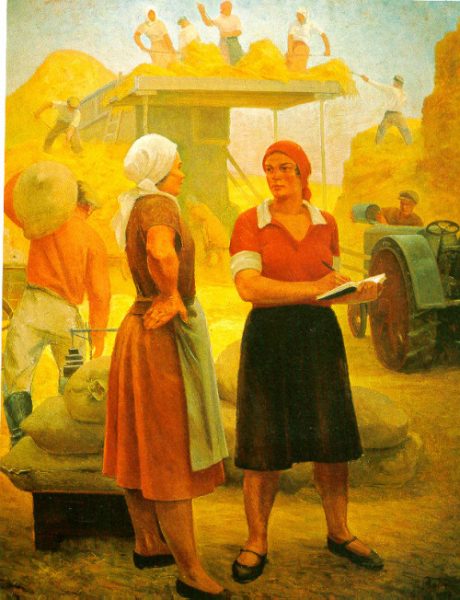 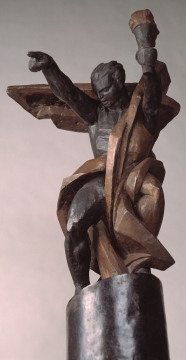 Flame of the Revolution, Mukhina Ignatyevna 1922-23

The exhibition displays the tension between the work of progressive artists and the emerging propagandist artists. By 1932 the matter was settled. Many of the progressives were silenced, exiled or executed including many who had at one time held out much hope.

So for me this says beware of ideology and be careful what you wish for. In a modern context that includes the mini -revolution being promoted by the currently triumphant ‘Brexiteers’. A few years down the line the reality of the future they’ve chosen might not look so bright.