Good news that EDF (Électricité de France) could scrap its plan to build the £18 billion Hinkley Point C nuclear power station in Somerset if the company fails to receive further funding from the French government. http://www.telegraph.co.uk/business/2016/03/11/edf-could-axe-hinkley-point-unless-france-increases-funding/. Hopefully it will be cancelled allowing the both the French and British governments and consumers to save a lot of money. It is too big, too expensive and of an unproven design with no working example anywhere in the world of the proposed reactor type. Nuclear power should be consigned to the dustbin of history where it seemed to be heading after the decommissioning costs and the risks became apparent (Chernobyl and Fukushima – fifth anniversary and no solution http://www.theguardian.com/environment/2016/mar/11/fukushima-daiichi-nuclear-reactors-decommission-cleanup-japan-tsunami-meltdown. Then there are all the other problems such as the safe disposal of radioactive waste (which is not a very nice gift to leave future generations), the effects of low level radiation and the risk of nuclear material getting into the hands of terrorists etc. The only ‘science’ that we need to understand about nuclear power is Murphy’s law. Even the ‘baseload’ argument used to support nuclear power is questionable. This article in the ecologist illustrates how a flexible renewables-based approach could make conventional ‘baseload’ power stations unnecessary http://www.theecologist.org/News/news_analysis/2987376/dispelling_the_nuclear_baseload_myth_nothing_renewables_cant_do_better.html 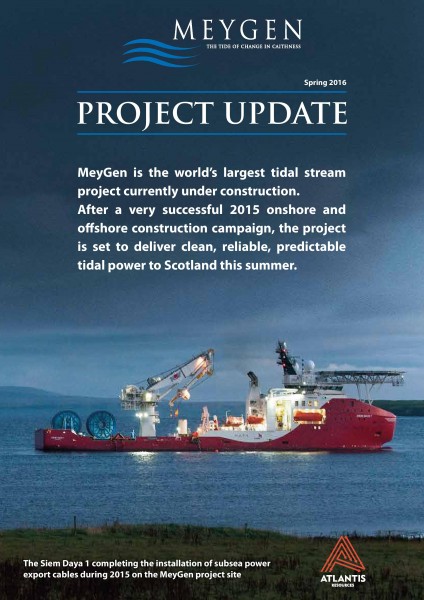 Good news too on the sustainable energy front. In Surrey the biggest floating solar farm in Europe, which is being constructed on the Queen Elizabeth II reservoir near Walton-on-Thames, will be completed by the end of the month. More than 23,000 solar photovoltaic panels will generate the electricity equivalent to the annual consumption of about 1,800 homes http://www.bbc.co.uk/news/uk-england-london-35705345. In the Pentland Firth, Phase 1a of the world’s largest offshore tidal stream turbine project is now well underway. Eventually the full project will supply 398MW of clean and renewable electricity to the national grid. The spring 2016 project update is available here http://www.meygen.com/. The missing piece of the jigsaw is renewable energy storage. The Renewable Energy Association published its report ‘Energy Storage in the UK’ at the end of last year which provides an overview of the emerging technologies http://www.r-e-a.net/member/uk-energy-storage. Energy storage will come to the fore as renewables begin to meet an increasing part of the nation’s energy demand.