You couldn’t make it up (unless it’s a fake painting)!  The Terrus Museum in Elne near Perpignan in Southern France has discovered that more than half of its collection of paintings attributed to local Catalan painter Étienne Terrus (1857-1922) are fakes.

82 fakes have been identified and only 52 paintings have been authenticated. If they don’t know what a Terrus painting looks like in his home town what are visitors supposed to think?

It sounds like the plot for a French farce or a sequel to Gabriel Chevallier’s classic comedy ‘Clochmerle’ and what a great addition to the French comedy tradition a book or film based on the story would be. 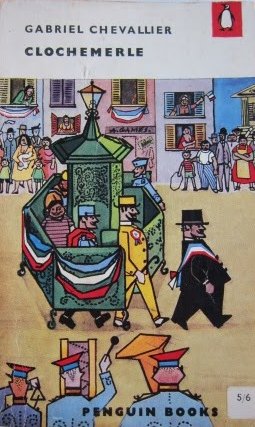 The basic outline (all true) would be:  The town spends an estimated £140,000 over 20 years acquiring the works. Local community groups raise funds and take donations, municipal funds are provided and some works are bequeathed by a private collector.  £265,000 is spent on refurbishing the museum which is due to reopen. Before the opening guest curator Eric Forcada raises doubts about the authenticity of the paintings so a commission of experts is appointed who conclude that more than half the museum’s collection is fake including paintings that depict buildings that didn’t actually exist in Terrus’ lifetime and others where the signature is readily wiped off. Yves Barniol, the mayor says “a catastrophe …it’s intolerable and I hope we find those responsible”. Marthe-Marie Coderc, president of the local association Friends of the Terrus Museum, says “Maybe we were a little naive”.

One good thing is that the museum with its 52 authentic works in now ‘on the map’.  In my imaginary book or film version the writer would add a comeuppance for the fakers and a happy ending featuring a big street party with flags and a brass band etc.