It is good news for those in housing need that government ministers are planning up to 100,000 prefabricated homes (‘prefabs’) to help solve Britain’s housing crisis http://www.telegraph.co.uk/news/2016/10/29/britain-set-for-new-wave-of-prefabs-to-help-tackle-housing-crisi/. The last time that there was such an ambitious plan was in the aftermath of the second world war so what’s the reason this time?

Basically the construction industry in general and housing in particular is a convenient tool in the government’s regulation of the economy through bringing forward or postponing investment. As well as this housing is a political ‘football’ – free market versus state provision and in many cases a class of investment rather than a means of shelter. 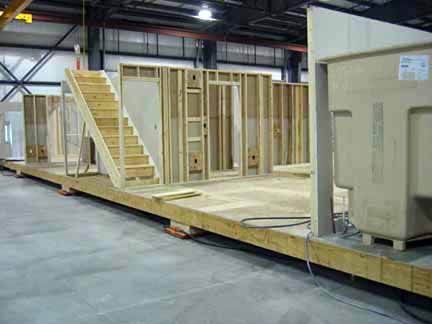 Instead of a steady stream of new housing there is under supply followed by, in this case, the emergency provision of ‘prefabs’. Decades of stop / start have led to the loss of traditional construction skills and weak supply chains.

The ‘prefab’ ‘solution’ will involve the replacement of site based construction trade skills with less well paid factory jobs both in the UK and overseas and a much less rewarding way of life for the workers involved. I would not include factory work as one of the notable features of contemporary civilization.

Regarding the ‘prefabs’ themselves they have advantages but also disadvantages. They are standardised so not site specific. They are relatively difficult to alter and extend as their design is so specific to their form and repairs will depend upon the form of construction whether framed or panelised. Whilst their ‘lightweight’ construction is well insulated it has no thermal mass to even out temperature. There are bound to be issues with sound insulation and fire protection. The industry will no doubt argue that all of these issues have been addressed – which they probably have been up to a point.

The main attraction of ‘prefabs’ is cost and speed but short term cost does not equate to long term value and the only reason that speed is a bonus is because of the housing emergency we have put ourselves in.  Still – something is better than nothing.