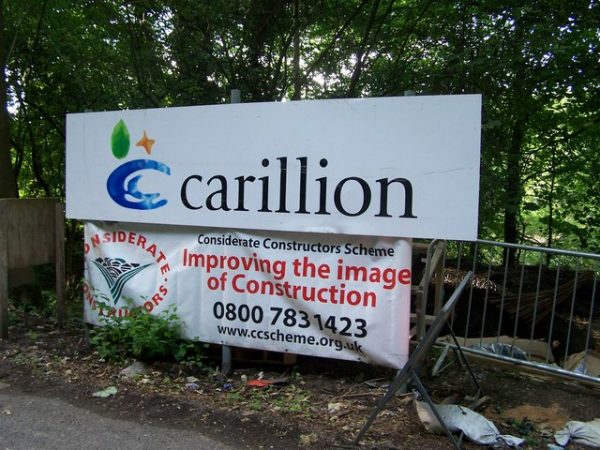 The press, media and many MP’s are running around with a sense of righteous indignation over the collapse of Carillion – the construction, maintenance and facilities management company. The trouble is they don’t know who to direct it against. Has the government messed up – or has it done rather well to get projects constructed this cheaply? Is the company to blame for poor management – or is its demise the inevitable result of contracts that lump massive risks onto single contractors with wafer thin margins? Carillion had become more or less an arm of government. Is this purchaser / provider model a good one or should these services be brought back ‘in house’?

The fact is that Carillion was a Frankensteinian monster created out of disparate parts in response to government policy in the form of the PFI / PF2 private finance approach to the procurement of infrastructure and services. Except that Victor Frankenstein’s project started out with a noble motive which PFI never did.

Carillion’s liquidation coincides perfectly with a report into PFI / PF2 by the National Audit Office which doesn’t come to any definitive conclusions but states bizarrely, even after all these years, that ‘(the) overall performance of PFI has not been quantified’ and ‘HM Treasury has noted that the higher cost of private financing means that the economic case for the model rests on achieving cost savings in the construction or operation of the project; or through the delivery of a qualitatively superior project’. For all its numbers, graphs and charts one thing the National Audit Office can’t quantify is the sheer ugliness of the buildings. Badly designed by architects on a limited service and a tiny fee and poorly constructed of cheap materials, PFI / PF2 projects stand as a damning indictment of where we are as a society in every way.

Whatever the savings have been in the past the government is going to have to pay more in the future and an awful lot more now to get these particular projects finished by someone else. An audit will be needed to establish what stage the work has reached and the true state of the partially completed work. Another contractor will need to be found who will want more money than Carillion was expecting plus a premium to make a suitable team available at short notice.

There has been just too much politics involved in the delivery of public infrastructure for too many years. The return of a traditional and common sense approach is long overdue.