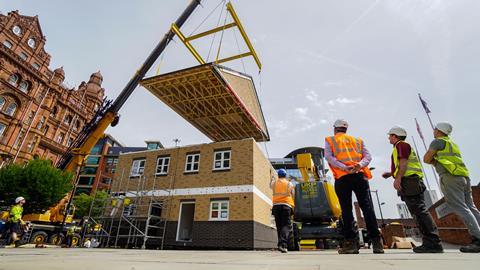 This photo first caught my attention when I thought for a moment that I saw Charing Cross Mansions in the background. Charing Cross Mansions is considered by many to be the grandest of the red sandstone tenements in Glasgow. It comprises flats over shops – a mixed use building type which is all the rage today. It was designed by JJ Burnett in the Beaux-Arts classicist style and built between 1889 and 1891. It is a super building in many ways. It is a powerful piece of urban design, curving to define the street edge and the whole neighbourhood and seeming like it was always there and always will be. It is a wonderful piece of architecture and art and a great example of sustainable design in that it is still performing its original purpose after 130 years with every prospect of at least the same again to come. However I was mistaken as the building in the background is in fact the equally impressive Midland Hotel in Manchester designed by Charles Trubshaw which opened in 1903. 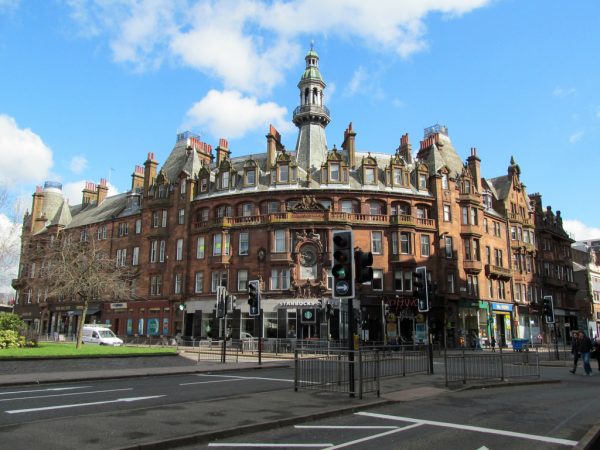 The second thing that caught my attention in the photo is the bizarre juxtaposition of the old and the new. What a miserable little shoe box of a house in the foreground. It could be anywhere or nowhere. This article claims houses like these can be built in just 36 hours and this article suggests 65,000 of them could go into production. So what if they can be craned in and built in 36 hours? That’s hardly the point which is that the Victorians could do more with relatively primitive means. Of course there is a massive housing need but surely we can do better than this? This ‘solution’ is part of a broader malaise. We don’t value good design enough and we don’t invest enough of the national ‘cake’ in the basics – traditionally food, clothing and shelter.

I suppose this is in many ways a false comparison since when Victorian buildings such as Charing Cross Mansions were built many people were living in slum conditions and a shoe box would have been welcome. But it does beg the question of what is meant by ‘progress’.