The economic arguments seem to cut both ways – Vote Leave http://www.voteleavetakecontrol.org say we’d save £35 million each week in payments made to the EU that could be spent on the NHS and schools. Britain Stronger in Europe http://www.strongerin.co.uk say that for every £1 we put into the EU we get almost £10 back through increased trade, investment, jobs, growth and low prices.

Amongst all the many areas of debate (sovereignty, jobs, trade, investment, security, immigration etc) little is heard of the argument that the European Union has helped avert war in Europe. Perhaps it’s taken for granted that we won’t go to war with our European neighbours but it shouldn’t be if European history prior to the formation of the European Union is anything to go by. 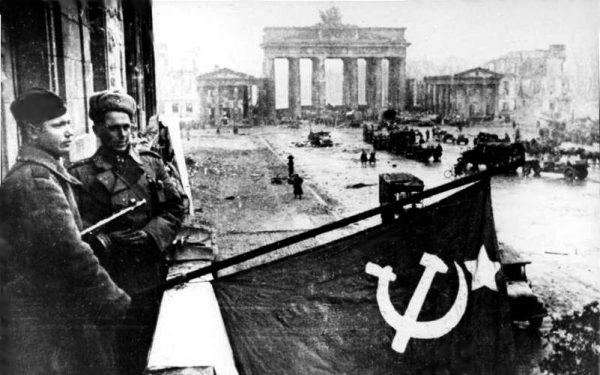 When our daughter was in Germany for a two week training course recently we met her in Berlin for the weekend. I’d never visited Berlin before and I was shocked to see the evidence of the destruction wrought during the Second World War. British, American, French and Russian bombers carried out 363 air raids during the course of the war and in the final weeks of the war what remained of the city was flattened by shelling by the Red Army as it made its final assault.

The ‘fabric’ of the city has long since been ‘stitched’ together by buildings of varying quality but what is jaw dropping is the amount of post war infill. There is a ghostly sense of what was once there in the form of the layout and scale of the city but it is now just ‘peppered’ with historic landmarks.

Thankfully Berlin is nowadays a ‘happening’ place full of young people from all over Europe with business start-ups, restaurants, bars, museums, galleries, clubs and music. They take the EU and the peace that has existing during their lifetimes for granted. Along with the majority of young people in the UK I’ll be voting to remain to maintain the status quo – warts and all.