Skilled craftspeople of all kinds will be needed to restore Notre Dame cathedral in Paris following the fire that destroyed the gothic oak frame and roof, the spire and most of the interiors. Master carpenters and stonemasons will be needed to get roof and the walls back together and then a raft of specialists to reinstate the interiors. Cathedral grade skills like these are in such short supply nowadays that it could determine how quickly the work proceeds. The astoundingly complex oak frame and roof, known as ‘the forest’, were held to be one of the greatest masterpieces of Middle Age design and construction.

This assumes that the intention is to faithfully restore Notre Dame. In the world of architectural conservation there are various philosophical responses to fires such as this. ‘Ruinists’ say leave the building as a ruin – a romantic ghost, ‘modernists’ say replace with something that speaks for its time, ‘replicationists’ say what was there must be restored. The ‘replicationists’ will surely prevail at Notre Dame but what does ‘replication’ mean?  Does it mean an authentic reconstruction of the whole thing using the original materials and techniques even where hidden from view or does it allow the use of equivalent modern means to achieve the same effect? 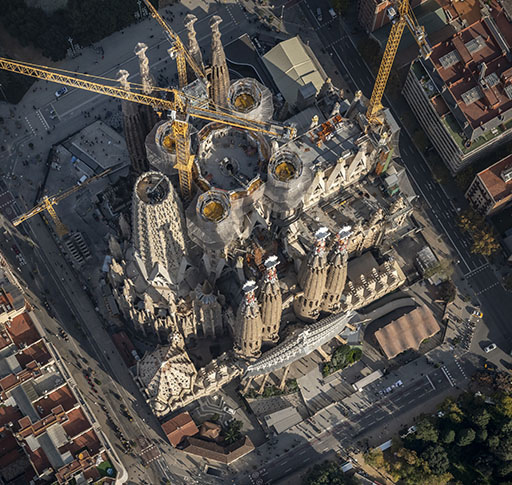 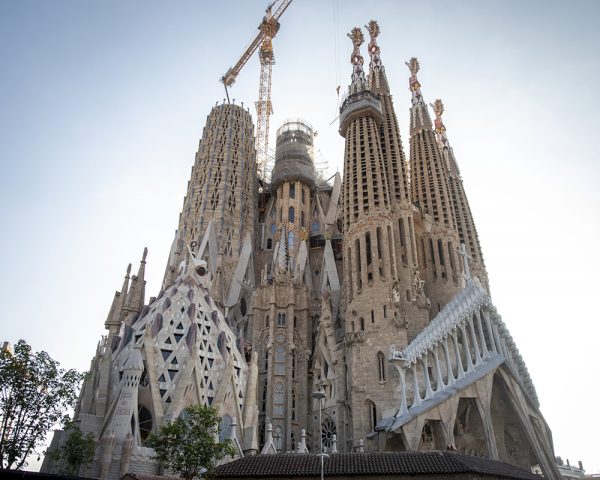 After the fire that destroyed parts of Windsor Castle in 1992 it was decided that, with the exception of the areas that were redesigned such as St George’s Hall, the work would use whatever modern materials and techniques were necessary to recreate the interiors that were destroyed by the fire. This is in contrast to the reconstruction of the roof of York Minister cathedral which was exactly replicated in oak after the fire in 1984. 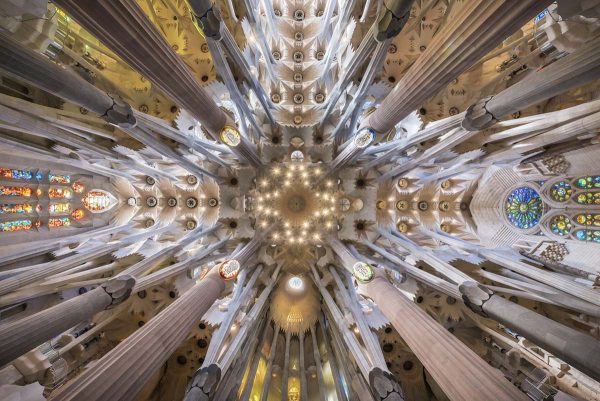 The fate of Notre Dame makes me think of another great European cathedral – the as yet unfinished Sagrada Família in Barcelona – started in 1882 and now 70% complete. Heaven forbid but how would you ever approach an ‘authentic’ restoration of a hybrid building like this. Antoni Gaudí‘s early work was in traditional carved stonework but from 1998 whole parts of the building have been prefabricated and craned into place. Large steel reinforced precast concrete elements, modern high-strength concrete, stainless steel, engineered wood, glass and light metal elements have all been used to speed up construction, increase safety and reduce cost. As well as this 3-D computer aided design has been extensively employed. The result is spectacular but certainly one to have the philosophers scratching their heads over what is meant by ‘authentic’ restoration.