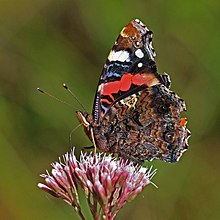 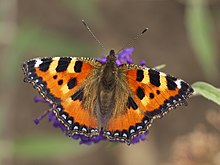 My career as a butterfly collector lasted the length of a childhood summer afternoon during which I netted, I think, a red admiral, a small tortoiseshell and a cabbage white before losing interest and becoming somewhat remorseful.

I remembered this little armageddon when I read about the ‘ecological Armageddon’ for flying insects that is currently being reported in the press. A 75% decline in 25 years in the total biomass of flying insects has been measured in nature reserves across Germany. More research is needed but if such a decline is for real and repeated across Europe it will have a disastrous effect on the ecosystem – including crops.

Step forward an unlikely hero – Michael Gove – who as environment secretary has just confirmed that the UK will support a ban on the use of neonicotinoids which is the group of neuro-active insecticides, chemically similar to nicotine, credited with the massive decline in the bee population. Hopefully he will move on to ban the array of other dangerous pesticides used in modern agriculture but Gove is not a believer in ‘experts’ (famously pronouncing during the EU referendum campaign that ‘people in this country have had enough of experts’) so might take no heed. He is not a believer in architecture either claiming as education secretary that the schools building programme was wasting money with architects ‘creaming off cash’. He went on to ban curves and reduce space for corridors, assembly halls and canteens in the ghastly standardised designs that he championed.

Let’s hope that as environment secretary he turns out to be more of a lover of the natural environment than the he was of the built environment when education secretary.