We joined the National Trust six months ago and have been having a lot of fun visiting various the trust properties in these parts.  The trust acquired many of its country houses and gardens in the mid 20th century in lieu of death duties. The rate of acquisition of new properties has since declined with the emphasis now on parcels of coastline, forests, moorland etc. To be considered, new property acquisitions must be fully resourced for future management and maintenance.

So my ears pricked up when I heard these words on Wednesday in the chancellor’s autumn statement: “I will act today, with just seven days to spare, to save one of the UK’s most important historic houses: Wentworth Woodhouse near Rotherham. It is said to be the inspiration for Pemberley in Jane Austen’s Pride and Prejudice. Wentworth Woodhouse is now at critical risk of being lost to future generations. A local effort has secured millions in funding – subject to the balance required being found by November 30th. So we will provide a £7.6 million grant towards urgent repairs to safeguard this key piece of Northern heritage.” 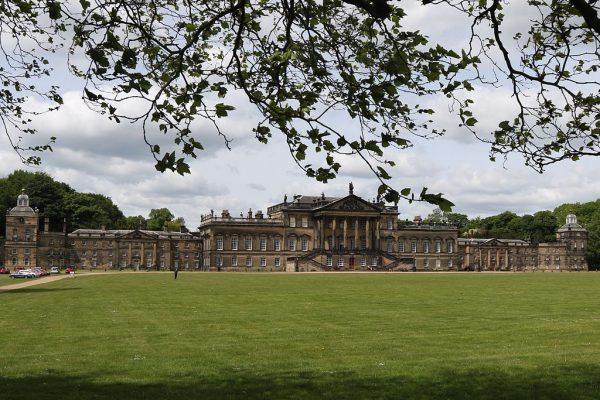 Wentworth Woodhouse is a grade 1 listed early 18th century county house and gardens in South Yorkshire. It is one of the finest and grandest country houses in Britain with the longest façade of any of them. It looks like a city in its own right and it’s hard to imagine what all the rooms were used for in its heyday other than for show. The chancellor’s grant is a relatively small sum to bring up in the autumn statement but he probably needed to pull some sort of ‘rabbit out of the hat’ in the midst of a bizarre financial statement predicated on a self-inflicted £60 billion (give or take the a few tens of billions ) Brexit ‘black hole’ over the next five years. In fact the house has been secured by the Wentworth Woodhouse Preservation Trust and SAVE Britain’s Heritage. They purchased it for £7 million which is a bit of a ‘snip’ for those of us who are used to house price levels in London and the South East. In Kensington, £7 million will buy a semi detached villa. The chancellor’s additional money will effectively pay for fixing the roof. Public opening of the main interiors and gardens will be run by the National Trust.

I’d never heard of Wentworth Woodhouse, probably as it is not local and not yet on the ‘heritage days out’ list, but hearing of its rescue was a pleasant surprise and I look forward to visiting it courtesy of my National Trust membership.