How do you introduce architectural order and make the necessary changes to the exterior of a reused building look meant? Is it even a good idea? 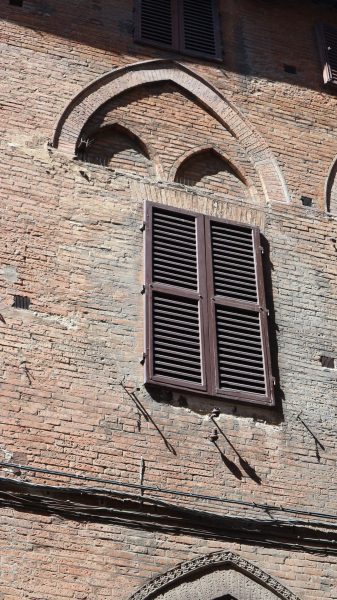 The medieval city of Siena in Tuscany has a distinctive Gothic style that includes the quintessential Sienese arch introduced from the east between the 12th and 15th centuries. 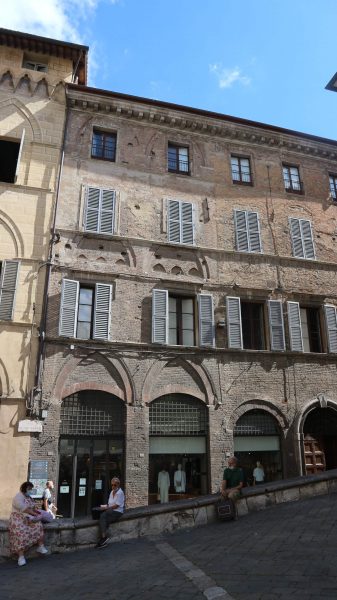 The city enjoyed a ‘golden age’ prior to the arrival of the ‘black death’ in 1348 which took 50% of the population. With no need to build for a vastly depleted population the urban fabric remained intact being adapted over the years to meet changing needs.

In a sense it is just the ‘stuff’ that the urban environment is made of – blocks, streets, squares and facades from various periods constructed in brick, stucco and stone and containing all manner of uses. The Sienese appear to have had no problems with the aesthetics of the adaptive re-use of their stock of existing buildings. In many cases, probably for reasons of cost, they just made the change and left the evidence – allowing the passer by to ‘read’ the history of the building.

Not a commonplace approach in the UK but maybe worthy of consideration in these straightened times providing you can explain that it was done deliberately and not as a bit of a bodge.