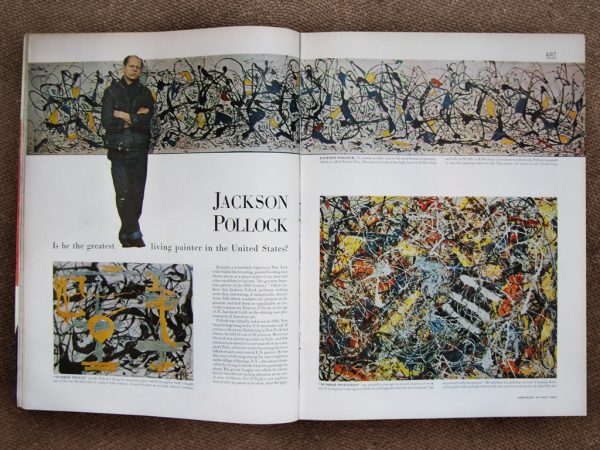 We always had LIFE Magazine and TIME Magazine in the house when I was growing up. My uncle posted them over from Canada in batches so we got them several months later. My father cut out and saved various articles on art in folders and it was in one of these that years later I first came upon Jackson Pollock. It was the article from LIFE dated August 8 1949 entitled ‘Jackson Pollock – Is he the greatest living painter in the United States?’- an article that did much to establish Pollock’s reputation. I thought he was pretty cool – pouring paint about and getting famous for it. More recently I saw Ed Harris’s great biographical movie ‘Pollock’ (2000) when it was given a limited screening by the local film society. So I was looking forward to seeing more of his work and that of his contemporaries at the ‘Abstract Expressionism’ exhibition at the RA (running until 2 January 2017).  https://www.royalacademy.org.uk/exhibition/abstract-expressionism 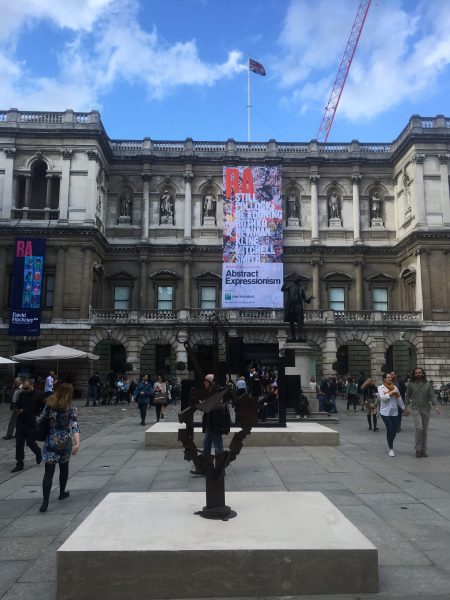 Abstract Expressionism at the Royal Academy of Arts

It’s a wonderful exhibition – a big show that brings together big and important pieces by Pollock, Rothko, Still, de Kooning, Newman, Kline, Smith, Guston and Gorky with a sense of the energy and experimentation of New York in the 1950’s. This was the age of jazz, beat poetry, the nuclear bomb and a frenzied desire to defy convention and forge a new art. Pollock is the star of the show for me especially the room that features his masterpiece ‘No. 11 1952’ (‘Blue Poles’) en.wikipedia.org/wiki/Number_11,_1952_(painting), which is in his fully developed style, opposite ‘Mural’ – a work he did in 1943 on commission for Peggy Guggenheim in a developing style influenced by Picasso’s Guernica (1937). ‘Blue Poles’ caused a bit of a nuclear explosion in its own right when it was purchased by the National Gallery of Australia in 1973 for what was then a large amount of money – let alone for something that many thought had no value at all as ‘art’.

I would have liked a bit more information on the social and cultural context of 1950’s New York. We purchased the film ‘Peggy Guggenheim- Art Addict’ which we found amongst the Abstract Expressionist cups, scarves and postcards etc in the RA shop on the way out which filled in some of the background. If they were able to bottle and sell the hope, confidence and enthusiasm of the Abstract Expressionists that would really sell out fast.