When I took up my first job in London in 1985 a colleague brought in the just published book ’Cult Objects’ by Deyan Sudjic which looked at how certain mass produced designed objects had become cultural icons that gave their owners a special status. These simple well designed objects gave a thinly coded message that marked out those who possessed and used them as fashionable, discerning, modern, educated etc. The list included Ray-Ban sunglasses, the Braun ET 22 pocket calculator, the Swiss Army pen knife, the Polaroid camera, the Filofax personal organiser and so on. We had a lot of fun deciding which ‘poseur’ amongst us owned the most of them (it was the guy who bought the book). The point of the book was to address the tricky question of what constitutes good design and what value it has. 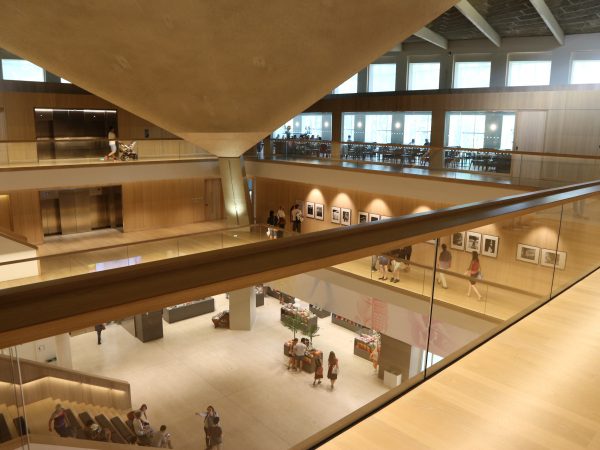 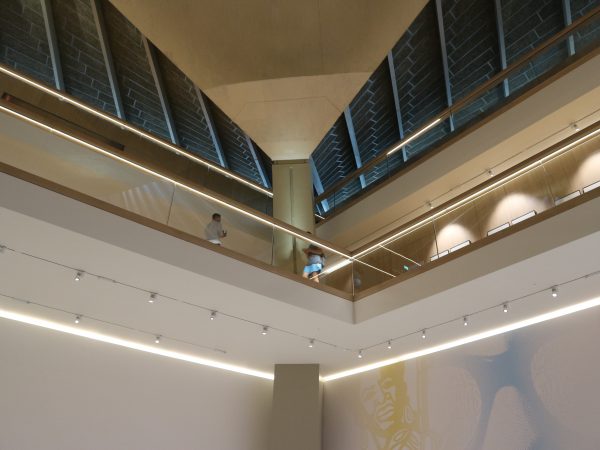 Deyan Sudjic is nowadays the director of the Design Museum in London which recently reopened in its new home in the former Commonwealth Institute building at the edge of Holland Park in Kensington. We visited a few weeks ago to take a look.

The Commonwealth Institute building was always a seriously weird building only redeemed by its unusual hyperbolic paraboloid roof (think of the shape of a Pringle crisp). The roof was presumably originally conceived as a metaphorical ‘big tent’ to house an exhibition about the Commonwealth nations. The same roof now serves as a metaphorical ‘big tent’ to house the broad church that is ‘design’. The building is laid out with a central atrium with spaces around it – permanent and temporary exhibition spaces, learning and event spaces, a members space, designer residency studios, a café, a restaurant and a shop. The architectural detail is very crisp making the building itself the star of the show and an exemplary example of sustainable design in the form of adaptive reuse. 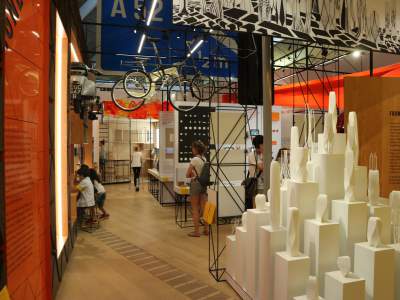 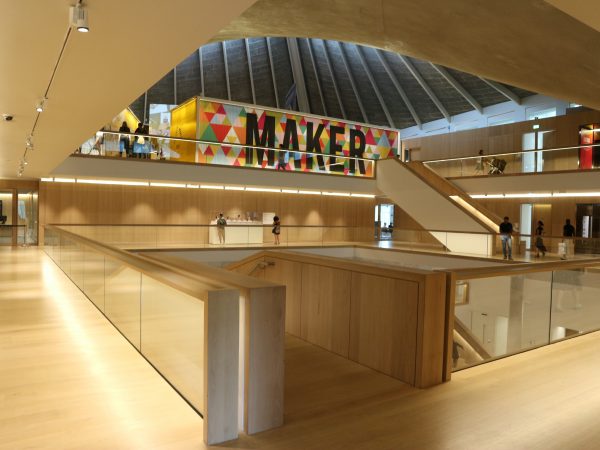 The permanent exhibition entitled ‘Designer / Maker / User’ features 1000 items of twentieth and twenty-first century design viewed from the point of view of the designer, maker and user. When we visited there was an interesting exhibition on the iconic wristwatch designs of Cartier. But the exhibitions are kind of tucked away because the Design Museum is not really about objects. There is no way that a bunch of mass produced designed objects could compete with the world class art in London’s galleries. It is about education, understanding, possibilities, processes and impacts.

If the building itself is the star of the show it begs the question of what the museum is supposed to be about. Just because ‘design’ exits doesn’t mean we have to put a museum around it. The tricky question remains of what constitutes good design and what value it has and whether this is best explored in a book or in a museum or in a design philosophy class.